The good and bad news for pregnant doctors 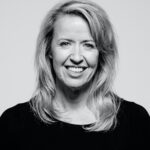 Does your medical career have to suffer to ensure you have a healthy baby?

This week in The Tea Room we hear new insights on the old dilemma that female physicians face. Professor Nancy Baxter of the Melbourne School of Population and Global Health has been researching the topic. Her findings have both good and bad news for doctors who are considering pregnancy.

Professor Baxter says a female physician is more likely to have problems during pregnancy and delivery, but their baby’s risk of mortality and morbidity is lower than those of non-physicians of a similar income.

The reason for increased risk? Women putting off a family till they are older.

“The reason that female physicians had worse pregnancy and delivery outcomes was because they were older. It didn’t appear that the occupation itself was the driving force. It was the fact that that occupation resulted in women having children at a later age.

“And it’s kind of ridiculous that we create these professions where it becomes really challenging to do what is normal and natural for the vast majority of people – that’s to have a family,” Professor Baxter says.

This episode then also looks at whether freezing eggs is all it’s cracked up to be and explores the option of pausing medical school to have a baby.

“Pregnancy seems to be a no-go zone during medical school. That’s something that that we need to reassess and create pathways for so that it is possible to be pregnant and have children during studies,” Professor Baxter says.

You can listen and subscribe to the show by searching for “The Tea Room Medical Republic” in your favourite podcast player.