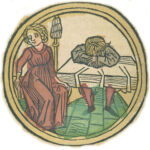 Social media can be downright dangerous for doctors. But not any more!

And it’s all thanks to the revolutionary Winston-Smith typing gloves.

Developed by AHPRA, the Winston-Smith typing gloves fit over your existing hands and prevent you from making any embarrassing slip-ups while online.

Here are just some of the testimonials:

Using advanced built-in machine learning with over 10,000 pressure receptors in each fingertip the gloves sense your next keystroke and automatically redirect your fingers.

But the offer doesn’t end there!

If you order your Winston-Smith glove set today you’ll also get one of our famous Berger telescreens absolutely free!

Remember, why rewrite the past when you can edit your future?

This commercial was brought to you by the Australian Health Practitioner Regulation Agency.