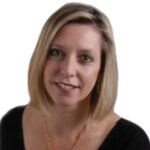 Obesity is a negative prognostic factor if you’re diagnosed with early breast cancer, but if you have advanced breast cancer your chances of survival are better if you’re obese.

That’s the obesity paradox, say the Australian researchers following the confirmation of this phenomenon in their study recently published in the Nature journal, Breast Cancer.

“The results of this study describe the presence of a marked obesity paradox in HER2 positive breast cancer which was consistent regardless of the use of contemporary therapy or the line of therapy,” they said.

In this study, researchers looked at pooled data from five studies involving cases of HER2 positive breast cancer.

Among the 5000 women with early HER2 breast cancer , followed up for a median duration of 132 months, it appears that being overweight or obese was significantly associated with a higher risk of mortality. In fact overall survival rates were 30% lower among those women who were overweight and 37% lower for obese women compared to women with a BMI in the normal range.

But if you look at the other end of the spectrum, those women diagnosed advanced HER2 breast cancer it seems being heavier is a good thing. The pooled data from four studies involving almost 3,500 women, with the studies ranging in duration from 35 to 50 months median duration showed that obesity significantly improved women’s chances of overall survival.  In fact, overweight women had a 15% increased chance of survival compared to women with a normal BMI, and obese women  were even better off, with an 18% increased chance of surviving.

The study authors suggest that its pretty easy to understand why being overweight is a negative in early HER2 breast cancer. Higher circulating levels of sex hormones such as oestrogen and testosterone, higher serum leptin and chronic inflammation associated with adiposity are all contributors to cancer risk.

But why or how does excess weight improve survival in patients with advanced HER2 breast cancer? That’s the question.

And if you’re thinking that of course people who are terminally ill with advanced breast cancer are more likely to be cachexic and have a low BMI, which would probably skew the statistics – apparently that is not the answer.

According to the researchers, the association between excess weight and improved survival in advanced breast cancer held true independent of two of the key markers of late-stage anorexia and weight loss – low albumin and ECOG PS (Eastern Cooperative Oncology Group performance status).

So where does that leave us? Here the study authors are less clear.

They can’t say whether there is something inherent in adiposity that improves survival or whether there is some synergistic benefit to be had by the combination of carrying excess weight and the HER2 therapy (we can’t tell what would have happened with survival in untreated patients with normal or high BMI as all the patients in the studies received treatment – naturally enough).

Nonetheless the researchers say there is sufficient evidence to justify further research to see whether ‘methods to safely increase BMI can result in improved survival.’

Certainly a case of ‘watch this space’.

This story was first published in Healthed