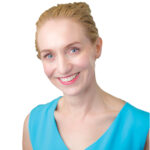 Treatment for advanced melanoma patients has come a long way in the last decade, and now many patients with earlier stage disease are also benefiting from research advances.

However, not all patients respond and new approaches are desperately needed to help the 1,300 people expected to die from the disease in Australia this year.

The currently approved schedule for treating stage III melanoma is to first surgically remove the tumours and then give targeted or immunotherapy post-operatively (known as adjuvant therapy). This approach halves the risk of melanoma recurrence, though it’s impossible to tell on an individual level whether the drug treatment is working.

A new approach, known as neoadjuvant therapy, has recently demonstrated that giving drug treatment before surgery is even more effective in preventing the deadly spread of melanoma.

We recently published pooled data from six clinical trials where drug therapy was given before surgery. We found that giving stage III patients a short course of pre-operative targeted or immunotherapy was effective, and the stronger a patient’s response to that treatment in the first six to nine weeks, the greater the likelihood their disease would not recur after surgery.

Remarkably, in the 75% of patients who responded well to dual immunotherapy given before surgery, only 3% saw their tumours return after surgery, suggesting that 97% will likely be cured.

Data from the study suggests that immunotherapy may work more effectively when given before, rather than after, surgery due to the presence of the bulky tumour provoking an immune response. The concept is similar to sniffer dogs being trained by exposure to illegal drugs – if they know what they’re searching for, the more effective they are at detection.

In addition to training the immune system to work more effectively against melanoma, neoadjuvant therapy also enables a clinician to assess early on if a patient is responding to a particular treatment and decide on an alternative plan if needed. It can also make surgery less complex.

This early marker of a patient’s response to treatment should be considered a new benchmark for rapid drug development in melanoma. It is also a great platform to help fast track laboratory research to understand why some patients do not respond to treatment.

Although neoadjuvant therapy for stage III patients is not currently an approved standard of treatment, we anticipate that this will ultimately change following these very promising clinical trial results.

This study is the first large analysis of immunotherapy in the neoadjuvant setting in any cancer, results of which should pave the way for the use of immunotherapy pre-operatively in many other cancer types.

The neoadjuvant approach is a new way of dealing with melanoma and is a game changer for Stage III patients with bulky disease which has spread to their lymph nodes. By flipping the “surgery then drugs” rationale on its head, we are utilising our arsenal of ground-breaking new treatments before surgical removal of the tumours. This approach is proving effective in stopping melanoma in its tracks and preventing its recurrence and spread to distant organs.

If we can prevent these patients from progressing to advanced disease, then we will be even closer to achieving our goal of zero deaths from melanoma.

Professor Georgina Long AO is co-medical Director of Melanoma Institute Australia. She is also chair of Melanoma Medical Oncology and Translational Research at MIA and Royal North Shore Hospital, The University of Sydney