Kiwis wait longer than Aussies for the same cancer drugs 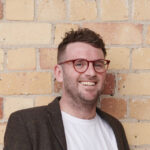 New Zealand cancer patients have worse outcomes than their Australian counterparts, and access to modern medicines may be perpetuating these disparities.

Australia publicly funded more than three times as many modern medicines as New Zealand between 2011 and 2018, according to the Access to Medicines report commissioned by Medicines New Zealand.

The report also highlighted the time taken for reimbursement decisions in both New Zealand and Australia, and again New Zealand failed to reach parity with Australia, taking on average 664 days compared to Australia’s 424 days.

Dr Jarvis continued, “New Zealand has a waiting list of over 100 medicines that have been waiting, on average, 4.8 years for a public funding decision and are still waiting.”

“PHARMAC simply has not kept up with the rapid change in the development and complexity of innovation in prescription medicines.”

No funding bodies have bottomless funds so New Zealand is not unique in this regard, but Dr Jarvis believes PHARMAC have a greater issue at hand than a limited budget.

“No country has an unlimited medicines budget, but the key point of difference between New Zealand and other comparable OECD countries is that New Zealand’s capped budget is enshrined in legislation,” he said.

In an earlier report commissioned by Medicines New Zealand, New Zealand’s Medicines Landscape 2018/19, it is estimated that over 3,500 deaths would be avoided if Kiwis enjoyed the same access to treatment and therapies as their Australian counterparts.

PHARMAC’s director of operations, Lisa Williams, acknowledges these disparate health outcomes between New Zealand and our trans-Tasman counterparts, but stops short of attributing this difference to access to oncology medicines.

Ms Williams says, “A simple count of the number of medicines does not tell you how effective a health system is.”

She says of the Access to Medicines report, “The definition used in the report highlights new chemical entities registered with MEDSAFE [New Zealand’s Medicines and Medical Devices Safety Authority], but does not prove that each treatment offers better, novel outcomes when compared with an alternative drug funded for the same indication.”

Ms Williams cites Mind the Gap: An analysis of foregone  health gains from unfunded cancer medicines in New Zealand, a report commissioned by PHARMAC, which takes specific aim at some of criticisms often lobbed at PHARMAC.

The report supports Ms Williams’s claim around quality over quantity, as it highlights that the vast majority – 32 of 35 the oncology drugs funded in Australia but not New Zealand – do not provide clinically meaningful gains as measured by the American Society of Clinical Oncology Cancer Research Committee guidance.

However, with the ever-increasing trend towards precision medicine, traditional clinical endpoints are becoming harder to measure as it is expensive to run trials that use long-term metrics like survival in small populations.

Richard Vines, founder and chairman of Rare Cancer Australia, said “cancers are becoming increasingly rare as we find more and more ways of segmenting them”. He refers to this as the ‘rarification’ of cancer.

“I spoke with an oncologist who referred to cancer as the disease of n=1”, highlighting that to prove efficacy, trials are being done in fewer and fewer patient numbers which does not fit with PHARMAC and PBAC/PBS funding methods, he said.

“Australia’s funding system worked fine in previous decades when it was focusing on antibiotics or drugs for heart disease, which have huge populations and, comparatively cheap drugs,” he said. The funding bodies were hence modelled to tackle population health issues.

Dr Ruth said in the report: “The priority areas outlined within this report focus on seizing the advances in technology to deliver better and more uniform survivorship across all cancer subtypes, irrespective of rarity.”

Dr Jarvis, the chief executive of Medicines New Zealand, has similar aspirations for his country. “Our current medicines strategy is 14 years-old and the plan expired in 2020,” he said.

“All aspects of PHARMAC’s activities and operation are directed towards meeting the primary statutory obligation that they operate within their budget… but at times that costs the wider medical system money,” he said.

Dr Jarvis noted that some New Zealanders are paying out-of-pocket for treatments that are standard of care in in health systems overseas.

“The burden is resting heavily on the not-for-profit cancer groups, who are having to fight for medicines to be funded for their constituents and deal with situations where patients are moving overseas or having to travel overseas to purchase medicines they desperately need,” he said.

It appears both Australia and New Zealand are running imperfect models. If they don’t evolve and adapt at pace with oncology landscape, perhaps we are forging towards what Dr Jarvis call “a survival of the richest” model.