How covid showed every crack in society 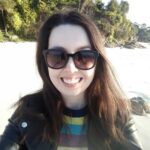 At the beginning of the pandemic, we heard phrases such as “the great equaliser” thrown around as often as words like “unprecedented”.

But covid-19 quickly proved that it was not an equaliser. Instead, it simply exposed and amplified the multitude of inequalities in Australia’s – and most of the world’s – system.

Not one of these has remained unaffected by the pandemic. Take employment. It has declined faster and more deeply in Australia than in any previous economic downturn. And as always, it has had the greatest impact on those in society who can least afford it.

Last year, the University of Melbourne found that young people, low-wage workers and women were most likely to be exposed to job losses in sectors hit by lockdowns: hospitality, air travel and tourism, creative arts and entertainment, and sports and recreation. Casual workers were found to lose employment eight times faster than those in permanent jobs, with part-timers losing work three times as fast as full-timers.

The Coalition government has steadfastly refused to entertain the notion of increasing the Newstart allowance, often using rhetoric demonising the unemployed, and insisting that secure, well-paid work is available to anyone who wishes to receive it (“Those who have a go, will get a go”).

Coronavirus forced a change to this ideology (at least temporarily), leading to the introduction of support payments last year. The effects were telling. An ANU study concluded that about 2.2 million people were lifted above the poverty line at the height of the pandemic as a result of those payments. Many Australians can attest to how the payments allowed them to afford basic necessities for the first time in a long time.

Even more telling, though, is the unabashed difference in approaches the federal government has towards social and corporate welfare.

Recent data revealed that approximately 20,000 companies tripled their turnover during the JobKeeper program yet accrued about $370 million during that time. One in six businesses receiving JobKeeper suffered no fall in turnover during the first three months of the program. Though individuals overpaid by the government have been energetically pursued for repayment, big businesses have not.

Australia’s housing system crisis has been brewing for a while, and covid’s economic impacts have only exacerbated it. Rising homelessness, escalating queues for non-market, affordable housing, and the affordability issues for middle- and lower-income households who rely on the private housing market are some of the effects of this. Australia boasts one of the highest private-housing debts in the world. Furthermore, home ownership in those under 40 is declining, further compounding the development of intergenerational inequality.

It is predicted that the school closures that have resulted from the coronavirus are likely to contribute to increasing dropout rates in Australia throughout the 2020s in vulnerable children. A report in Victoria found that more than 10% of students from disadvantaged schools were absent during the state’s first period of remote learning, compared with 4% in better-off schools. Experts predict a growth in educational gaps between affluent and disadvantaged students as a result of remote learning.

Lastly, covid has highlighted the systemic discrimination embedded in society.

The over-representation of women in more precarious employment and their under-representation in leadership positions are likely contributing factors to women facing greater economic insecurity because of covid-19.

Other compounding factors include women being more likely to live in poverty, women accounting for most single-parent households, women having less access to social protections, and women having less earnings. It is unsurprising then that the gender pay gap was found to increase by 0.8% between November 2020 to May 2021.

The economic hardships of covid and the subsequent lockdowns also expose women to an increased risk of domestic violence, where the baseline risk is already inexcusably high.

Covid has served as a reminder of the racism that permeates Australian society.

A survey by ANU found that 84.5% of Asian Australians faced discrimination in 2020 and were more likely to have their livelihoods adversely affected. They saw a drop in their working hours that was double the rest of the population. The authors concluded this was partly because Asian Australians were younger and more likely to work in industries affected by lockdowns, but the effect of labour market discrimination could not be discounted.

The pandemic has offered up yet another example of the multitude of ways in which Aboriginal and Torres Strait Islander Australians suffer relative to their non-First Nation counterparts. Wilcannia is the perfect illustration of this. Overcrowded and poorly maintained housing, lack of targeted planning by state and federal governments, slow vaccine rollouts, and delayed organisational responses characterise the crisis in this community. This despite First Nations people being among the most vulnerable to the virus.

Because of covid, some economists have predicted the largest increase in inequality in Australia in at least 50 years.

It is astounding that Australia lays claim to such statistics (you might even call it unprecedented). But extreme inequality in Australia should never be considered an inevitability. It is always a policy choice.

Covid has held up a magnifying glass. It has become impossible to ignore the disparities that exist in this country, and the priorities that the federal and state governments have shown themselves to have. We should be demanding more from government, much more, and not stop until such changes are made.

The government has a unique opportunity to create a new, innovative, sustainable and fairer economy. To invest in things such as the public health system, general practice, housing, the aged care and disability sectors, renewable energy and public education. To show leadership in stamping out discrimination. To make things better than they were before – then maybe we’ll all be in it together.