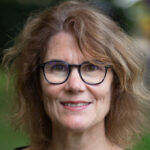 STAR-RA, a large population-based study using US insurance claims data, has found no increase in risk of malignancies for people with rheumatoid arthritis and cancer, or at risk of cancer, taking tofacitinib compared with TNF inhibitors.

However, with a relatively short mean follow-up of less than one year, more large studies with longer follow-up are needed, the authors said.

In the ORAL surveillance randomised clinical trial findings released last year, incidence of malignancies for patients taking tofacitinib was numerically higher than those on TNFi, with lung cancer and non-melanoma skin cancer standing out.

Based on the findings, malignancy was listed as a black-box warning for all JAK inhibitors, and while it’s also black-boxed for TNF inhibitors, the slight increase in risk with tofacitinib makes it a “nonpreferred drug” for RA patients with previous or current cancer, or who are at risk of cancer.

Researchers from Brigham and Women’s Hospital in Boston used deidentified data from US medical claims databases to investigate malignancy outcomes associated with tofacitinib in a real-world setting.

The STAR-RA study comprised two patient cohorts: the real-world evidence (RWE) group, which included over 83,000 patients, of whom over 10,000 were taking tofacitinib; and the RCT-duplicate cohort, which used the same inclusion and exclusion criteria as was used in the ORAL surveillance trials and comprised over 27,000 patients, with around 2700 on tofacitinib.

The RWE cohort found a pooled weighted HR of 1.01 (95% CI 0.83, 1.22) for any malignancy outcome associated with tofacitinib compared with TNFi.

We found no evidence for an increased risk of malignancy with tofacitinib v. TNFI, in RA patients treated in the real-world setting: outstanding work by @FarzinKhosrow and @Rishidesai11! https://t.co/ZGCwL9R4bW

These results are consistent with the five-year follow-up results from Corrona-RA, a large registry of RA patients from the US, which reported an adjusted HR of 1.04 (0.68, 2.06) vs bDMARDs for malignancies excluding non-melanoma skin cancer.

The major strengths of the STAR-RA study were the large cohort numbers and real-world setting. Key weaknesses included the relatively short follow-up time, with a mean follow-up of less than 1 year vs four years for ORAL surveillance. There were also potential differences in adherence to treatment.

“[Tofacitinib] was associated with a numerically increased risk of malignancies in older patients with cardiovascular risk factors, similar to the ORAL surveillance trial participants. Future studies with large sample size and long-term follow-up are required to confirm these findings,” the authors concluded.

Real world evidence from the STAR-RA study has previously been reported for cardiovascular and venous thromboembolism risk. There was no statistically significant increased risk associated with tofacitinib for CV outcomes, although there was a numerical increase in risk for patients with a CVD risk factors or history, and no increased risk of VTE.