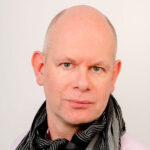 Experts have pushed back on the rush to approve covid and cancer drugs from single-country studies, arguing that the healthcare systems and population genetic differences undermine their usefulness in Australia.

The warning comes as the US regulator reviews the research backing the addition of the checkpoint inhibitor sintilimab to chemotherapy for metastatic non-small-cell lung cancer (NSCLC).

Writing in The Lancet Oncology, Dr Harpreet Singh and Dr Richard Pazdur, of the US FDA’s Oncology Centre of Excellence, warned that the decision rested on a single-country study.

More worrying, it reflected a growing number of oncology applications to the FDA based solely or largely on Chinese clinical data, he said.

“Trials relying solely on enrolment from a single country might have less ethnic and racial representation relevant to the US population, notably with regards to currently underserved groups,” they wrote. While MRCTs have been conducted for more than 20 years, Asian countries, including China, have historically been underrepresented.

“MRCTs are usually large, randomised trials that allow for rapid accrual, allowing an evaluation of the consistency of treatment effects among regions and satisfy the requirements of multiple regulatory authorities,” Dr Singh and Dr Pazdur wrote.

A lack of clear generalisability was one reason the authorisation of the covid antiviral molnupiravir had been “premature”, argued Professor James Brophy of McGill University’s school of medicine and epidemiology.

“The generalisability of the [clinical trial] results is unclear as the trial population was unvaccinated and recruited before the most recent [SARS-CoV-2] variants emerged, with 70% from low- and middle-income countries,” he recently wrote in an editorial in the BMJ. “It is not known whether reported benefits will be maintained across different populations with differing variants, ancillary treatments and healthcare systems.”

Associate Professor Barbara Mintzes, at the University of Sydney, agreed.

“One issue that’s a concern is if there are genetic differences in different populations, in terms of their response to the drug, [and] not everyone who is living in Australia is well represented,” she said.

“We’ve seen a whole shift in general with cancer drugs towards approvals that have been made based on much less evidence than we had in the past, and that has raised a number of questions for clinicians, and also for patients,” she said.

When a drug had been approved based on only a short-term trial, but it had the potential to make a difference to survival longer term, deciding whether that drug really would benefit the patient became much more difficult, Professor Mintzes said.

“If you’re looking at a drug that is helping a patient to stay alive for a few more months, it can make a huge difference if they’re staying alive in good health or if they’re staying alive but the drug has horrible adverse effects,” she said. “This is the information that the person needs to know to be able to take an informed, shared decision about whether they want to take that drug or not.”

But the Australian regulator took these considerations into account, according to a TGA spokesperson.

“The results of clinical trials undertaken overseas can be used to support an application to the TGA – there is no requirement for the trial to have been conducted locally,” the spokesperson said. “When considering the information in any application provided to support the registration of a medicine in Australia, the TGA will consider whether the information is transferable to the Australian context, regardless of where the trial was conducted.

“For instance, if a study is conducted in a single country, the TGA will take into consideration factors such as the pattern of the disease in that country, the population mix including ethnicity, typical treatments available in that country, and typical healthcare options for patients to determine whether the information is likely to apply to Australian patients.”

The requirement for additional information, such as from bridging studies, is assessed on a case-by-case basis, the spokesperson added.