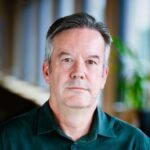 Love it or loathe it, the 1993 movie Groundhog Day has entered the popular lexicon as a shorthand device for describing a situation in which a series of unwelcome or tedious events appear to be recurring in exactly the same way.

So kind of like living in a covid lockdown, right?

Indeed it is, and the mental torments suffered by the movie’s protagonist, played by the peerless Bill Murray, bear some unnerving similarities to the travails of so many Australians right now.

One such Groundhog Day impact is on our ability to concentrate on tasks and remember things.

While there is no data yet on how the current Sydney social imprisonment is affecting mental health, a study undertaken in Italy last year during that nation’s two-month lockdown makes for compelling reading.

And because we realise you can’t concentrate for long enough to go through the study  yourself, the Back Page will bring you the edited highlights.

What the Italian boffins found was, of the 4000 locked-up folks surveyed, nearly one-third of them reported a negative effect on their cognitive abilities.

Common problems were forgetting where the mobile phone was, difficulty in focusing and maintain attention on tasks such reading a book or watching something online, and starting work on a second job without finishing the first one.

The study suggests the reason our everyday memory gets worse in lockdown is because the Groundhog Day vibe makes it harder for our brains to lay down memories and then later retrieve them.

Commenting on the study, Professor Brett Hayes from UNSW’s School of Psychology, said it was well known that context played an important role the functioning of human memory, even for simple tasks such as watching a movie or having as conversation.

“When we have those experiences, we might be focused on the main part of the experience, but our brain is actually encoding a lot of other things just incidentally, like where that’s happening, the location, where and when it’s taking place.

“So when the context is changing, which is does normally in everyday life when we are moving around and visiting different places in different times of the day, then it’s easy to lay down memories and recall them.

“But when you are in lockdown, your opportunities to move around in the environment and engage in different activities are very limited.

“And when you do get into that Groundhog Day cycle, just variations on the same thing each day, that’s when the days do tend to start blurring into each other, because we have the same context for each day,” he said.

On the bright side, just like in the movie, there may yet be a happy ending. It seems the lockdown memory effects are transitory.

“While there hasn’t been time to conduct research on the long-term effects of lockdowns on memory, the evidence so far shows that as restrictions are eased, these cognitive issues should improve,” Professor Hayes said.

Here’s hoping that’s right. Now where the heck have I left my phone?

If you can remember seeing something interesting, email felicity@medicalrepublic.com.au before you forget.