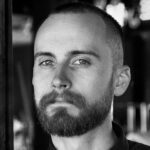 Sometimes it feels like the world is entering a new dark age.

Between vaccine skepticism, the resurgent popularity of astrology and TikTok stars pretending to be medical experts, it’s no wonder “Believe the science!” has become a loud, and increasingly desperate, catch-cry among those unconvinced that bone-broth cures cancer.

Things seem so dire that you might be forgiven for not believing the science when the science says that by and large, people do actually believe the science.

A recent study by Australian and New Zealand scientists has shown that people find “pseudo-profound bullshit” statements more credible if they are credited to a scientist, a phenomenon that has been dubbed “the Einstein effect”.

Using the New Age Bullshit Generator, the researchers created a series of faux-profound nonsense quotes which they then attributed to either scientists or to spiritual gurus. Participants from across 24 countries were shown these quotes, and were asked to gauge which they found more trustworthy.

Overwhelmingly, participants found the quotes attributed to scientists more credible than gurus. While the margin of preference was narrower among religious participants, scientists still came out on top.

The authors say their results strongly suggest that scientific authority is generally considered a reliable source for truth, at least more so than spiritual authority. Which is an encouraging thing in a world rife with scientific misinformation.

That is, until you remember that the participants still found nonsense credible, just as long as it came from someone who seemed credible. But it’s not as if anyone’s ever used their scientific credentials to make people do something wacky. Like, eat an all meat diet for example.

If you see something credible, say something incredible to felicity@medicalrepublic.com.au

Back Page COVID-19 A case of catastrophe compassion?